G1.Sniper 2 deemed a ‘Must Have’ for its gaming features at TweakTown 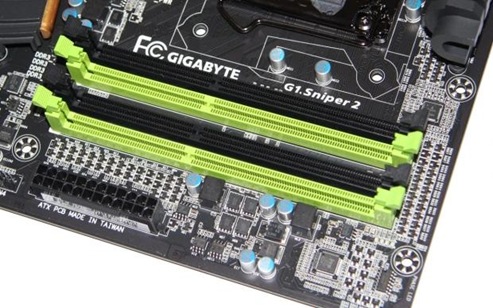 It’s seems like our G1.Sniper 2 is winning friends and accolades wherever it goes, collecting yet another award this week from TweakTown.com. Veteran motherboard reviewer Shane Baxtor has seen it all. I mean this guy has forgotten more about motherboards than many of us will ever know. He put the G1.Sniper 2 through its paces, comparing directly to the closest competitor offering (Maximum IV or something, I forget the name….) and it clearly performed extremely well, coming out in front for the majority of benchmarks, while impressing Shane with its distinctively ‘gaming oriented’ spec:

“What I like about the board on a whole, though, is the fact that it caters to a market that isn't really catered to much. The gamer! While of course there are so many boards out there that suit gamers, it's the extras like the X-Fi audio and Killer networking that makes it stand out more than other boards. The overall look is also very gamer friendly with no doubt one of the largest, if not the largest genre of PC Gaming being First Person Shooters.

The G1.Sniper2, though, is just a really good performing board that has features that separate it from a lot of its competition on the market. Again, though, it's just nice to see GIGABYTE expand this G1.Killer series of boards onto another chipset.” As always we suggest that you hop on over to TweakTown and peruse the full review for yourself. Plenty of benchies and whatnot to study.

More info about the G1.Sniper 2 can be found here.