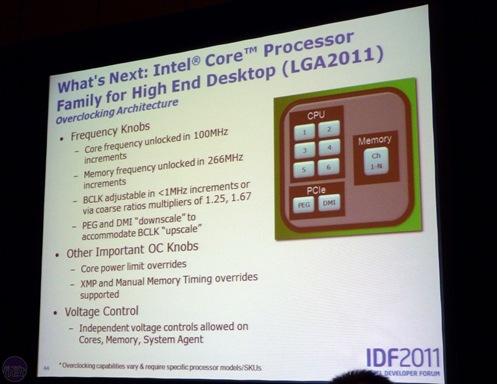 Clive Webster published an interesting article last week that offers a glimpse in to how we are going to Overclock the next enthusiast processor family from the Intel. Codenamed Sandy Bridge E, Intel’s new enthusiast range is understandably starting to catch the attention of the Overclocking fraternity, who will be curious to read Clive’s initial analysis during the IDF show were Intel offered demonstration overclocks to media.

“All of Intel’s demonstration overclocks at IDF 2011 involved System Clock, CPU divider and CPU multiplier tinkering, but we saw enough to explain how to overclock a ‘locked’ Sandy Bridge E processor. Intel is still recommending that you don’t take the System Clock beyond 5 per cent of the nominal 100MHz, so to overclock a ‘locked’ Sandy Bridge E CPU you need to balance that 95-105MHz System Clock range with a gearing of 1.25x or 1.66x, and possibly by dropping the CPU multiplier. 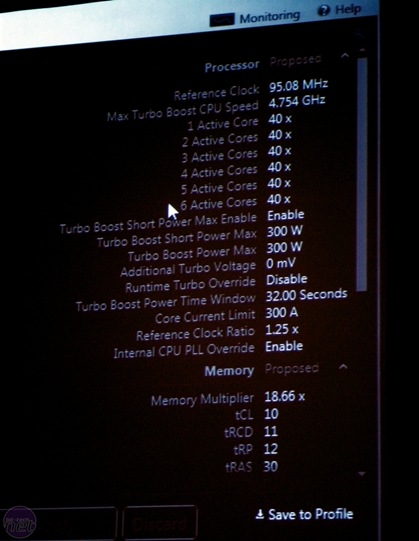 You can expect to see many more articles focusing on how to squeeze the most out of Sandy Bridge E processors, and plenty using X79 series GIGABYTE boards. Read the full article here on Bit-Tech.net