So following in the footsteps of Guru 3D, TweakTown, Hi Tech Legion, NinjaLane and others, Tech Power Up can now also be considered fans of the G1. Sniper 2 motherboard. Reviewer Cadaveca published his in depth article just a day or two ago, awarding the top-tier Z68 gaming board his highly sought after recommendation.

“There's not really much we can say about the Gigabyte G1.Sniper2. As a gaming motherboard, there's absolutely nothing missing feature-wise, and the gaming performance has yet to be matched by any other product. The inclusion of the onboard Killer NIC and X-Fi means that worrying about airflow because every expansion slot is full is just never going to happen. Not only is the Gigabyte G1.Sniper2 the top performer now, but when Ivy Bridge CPUs and new PCIe 3.0 graphics card come out in the future, it's ready and waiting to give everything every gamer dreams about getting out of a motherboard.” 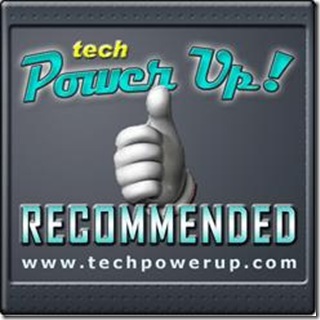 The full review can be found on TechPoweUp here.

Wanna see more on the GIGABYTE G1. Sniper 2? Read all about it here…