The All New G1 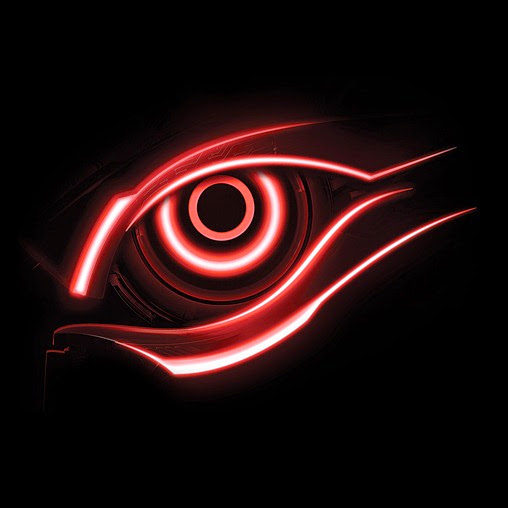 As we showed off the red color scheme the other day, here is the world’s first look at the new G1 gaming logo. What other GIGABYTE product uses a similar design? 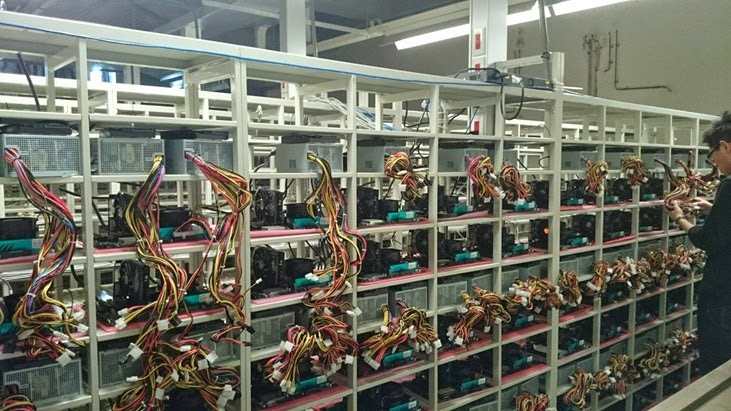 Here is another update from our factory. First power on test happened last week, and we had a film crew on hand to record the milestone. Stay tuned! 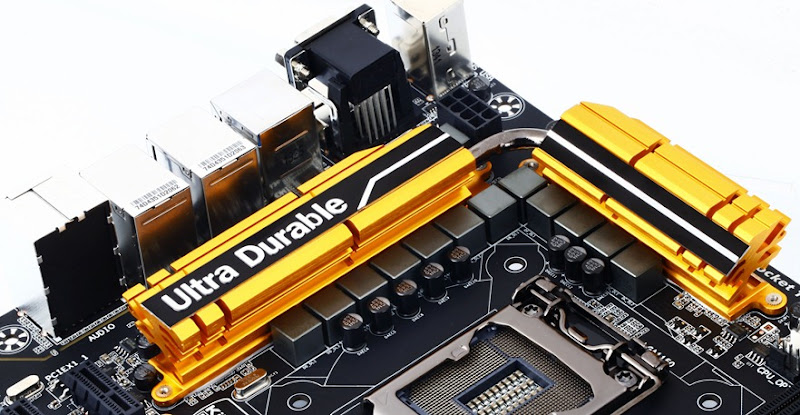 Here is a first look at the heatsink of one of our upcoming motherboards. Can you spot some other interesting features on this Ultra Durable series board?

Who Says You Shouldn’t Turn on the Red Light? 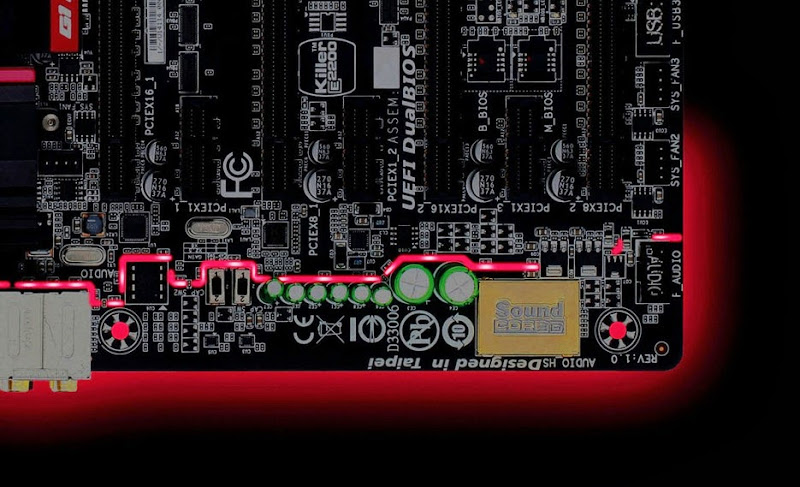 In case you haven’t noticed, GIGABYTE is getting ready to launch a bunch of new boards into the market very soon. While we aren’t allowed to say too much yet (don’t you just love NDA’s), we thought we’d drop a few teasers in the upcoming weeks to give some hints at what we have in store. Some of the boards are a bit of a departure from our normal lineup.
Posted by BRIX at 5:02 PM 9 comments:

Excuse the dust, but GIGABYTE has something big happening at out Taiwan factory. Any guesses as to what?

Whatever it is, it’s going to need a lot of power! 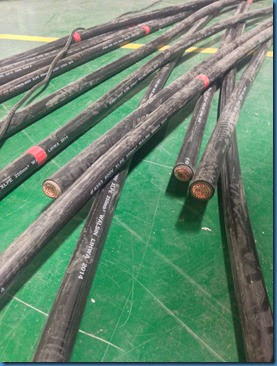 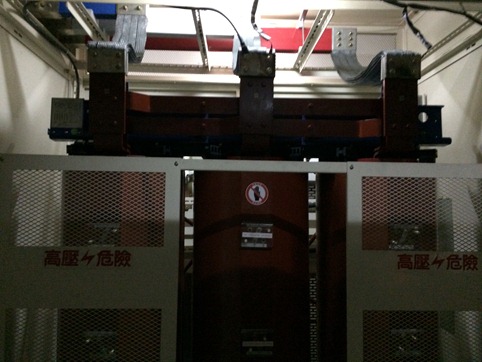 HWBOT just put up an interesting story  with Intel slides talking about some upcoming Intel CPUs which will finally bring back the hardcore enthusiast CPUs at affordable prices. Intel has really been listening to enthusiasts lately and hopefully they keep up with this trend. 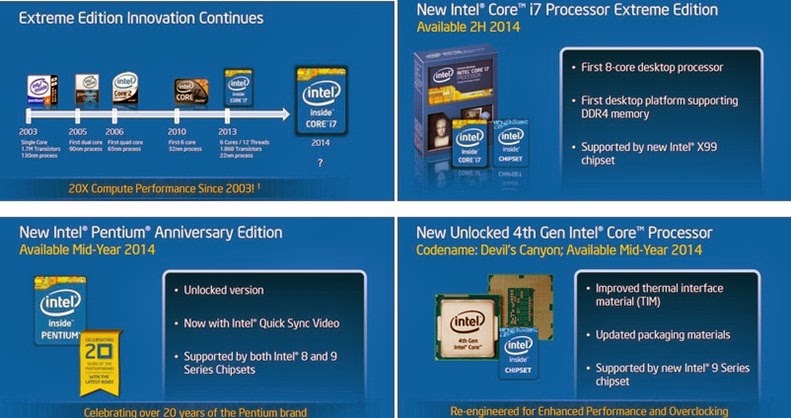 Catzilla version 1.2 is out

AllPlayer Group people have released the Catzilla 1.2 version today. Have you guys tried this benchmark yet? It has a wicked sound track and interesting graphics. It also scales with multiGPUs very well. Good way to test your system and if you feel competitive, you can also jump to HWBOT and submit a score and see how well you do against thousands of other scores on their database. 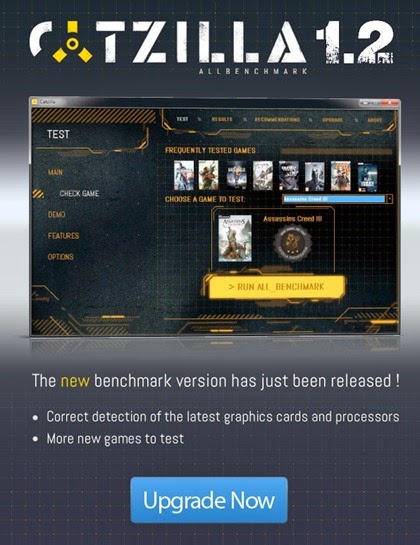 Hot off the press as they say, Steponz just took out the highly contested 3DMARK05 world record today with a new score at 73,835points. 3DMARK05 is one of the 3D benchmarks which is heavily system bound. Basically you have to get your frequencies right and tweak the memory and OS to perfection and execute a top notch score as it’s always a highly contested one. It took Joe a couple of days of trying as I noticed a #3 score yesterday only to dry things off and make it the best we’ve seen in history.

Joe uses GIGABYTE Z87X-OC motherboard and an Intel 4770@6.5GHz cooled by liquid nitrogen along with a Nvidia GTX780Ti and Corsair Dominator Platinum (Samsung IC) memory. All these components are critical in achieving such a killer score. 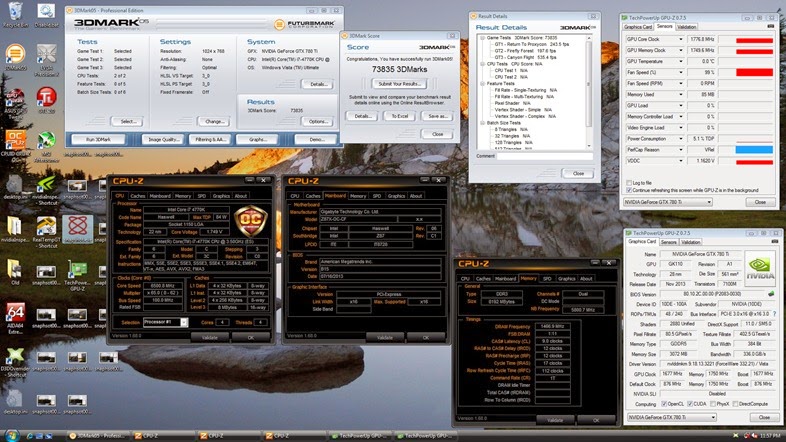 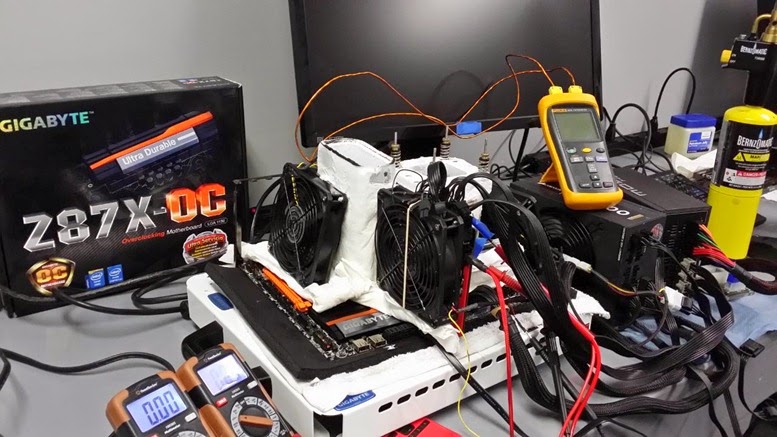 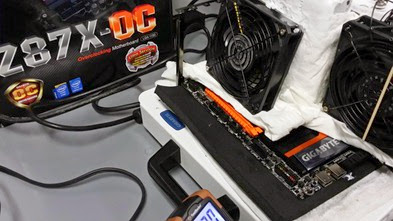 Hardware Asylum podcast is out, sandbagging and consoles are on the menu!

Hey guys, Hardware Asylum have come out with anther interesting podcast today. They are talking about the world of overclocking and a strategy coined “sandbagging” which gained some prominence during the last HWBOT Country Cup (aka. World Cup of Overclocking) in which a lot of teams waited to post some of the final scores on the last day. Some didn’t like this and other had no issues with it. For those who are still scratching your head what sandbagging actually is, tune into the podcast where they compare it to Ebay, Poker and a couple of other things you may be able to relate to better! It’s an interesting discussion and while I don’t particularly agree with some of the ideas on current topics, I always like to have a listen to Dennis’ and Darren’s podcasts.

Click on the link here or here to have a listen. 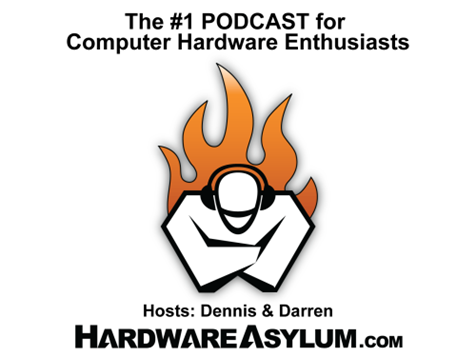 Our friends from Corsair published an informative blog which I’ve decided to repost here in full to show you how memory speed past DDR3-1600 benefits your daily PC usage on Haswell (Z87) platform. A lot of people are not well informed about this and it’s time to show some testing and examples to inform you why having high speed RAM and a motherboard that is well tuned to run such speeds and timings is important for your daily PCs and why DD3-1600 is just not good enough any more!

It’s a very nice read and for those that are unaware you are literally a few clicks away from getting high speed on your rigs with Gigabyte motherboards provided your memory is capable. In my event hopping outings I occasionally hear confessions from people at LANs saying they purchased high speed ram and still run it at bios defaults. If you’re one of those people, I hope you watch this video I’ve prepared quickly and read the article to understand why it’s important to use that extra speed and timings. Here is a video first showing how to enable XMP profile on Gigabyte boards:

The prevailing wisdom in the enthusiast community has been, for generations, that DDR3-1600 is the sweet spot and that faster memory offers at best extremely limited performance improvement and that at worst, it’s snake oil. There’s an element of truth to that; AMD’s Bulldozer architecture and its derivatives see arguably minimal benefit from faster memory, and Ivy Bridge and its predecessors actually were just fine at DDR3-1600. So the idea that the paradigm might have shifted is tough to swallow because it goes against wisdom that’s been ingrained for years, a veritable lifetime in our industry.

Except that it has. DDR3-1600 is quite simply no longer enough for modern chips outside of Ivy Bridge-E and Vishera. That Kaveri benefits from faster memory (at least on the GPU side) is a foregone conclusion that was confirmed by our testing. AnandTech already exhaustively detailed performance scaling with different memory speeds on Haswell, and I’ve studied the effect of memory speed on Battlefield 4’s performance. Between our work and AnandTech’s extremely thorough research, you’d think there would finally be a pervasive understanding of the benefit of faster memory on Haswell, but that hasn’t been the case. 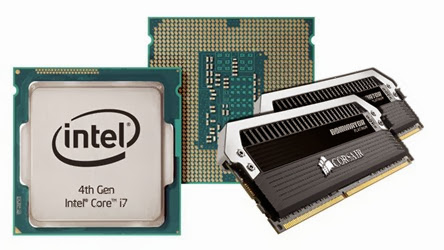 I originally went into this testing specifically trying to determine whether or not overclocking would increase the strain enough on Haswell’s memory controller to justify higher speed memory. In testing, I discovered fairly conclusively that DDR3-1600 essentially leaves performance on the table even at stock clocks. 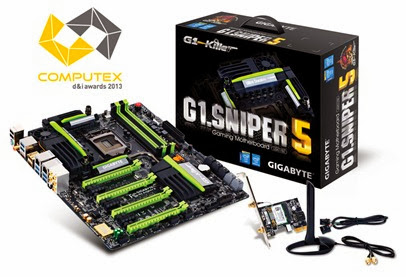 GIGABYTE OC lab occasionally accepts visitors from travelling overclockers, enthusiasts and people who love their overclocking in general. This week I noticed sofos1990 from Greece visited HiCookie at GIGABYTE HQ and it didn’t take long before they broke out the LN2 and started taking some scores down. Sofos1990 is world No.2 overclocker in HWBOT’s OC league and a well respected member of OC community.

Nice work guys, keep at it! 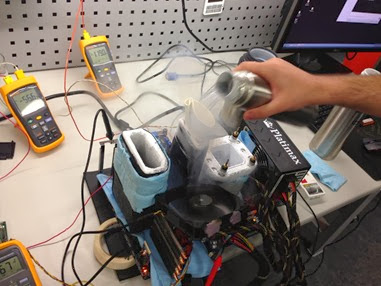 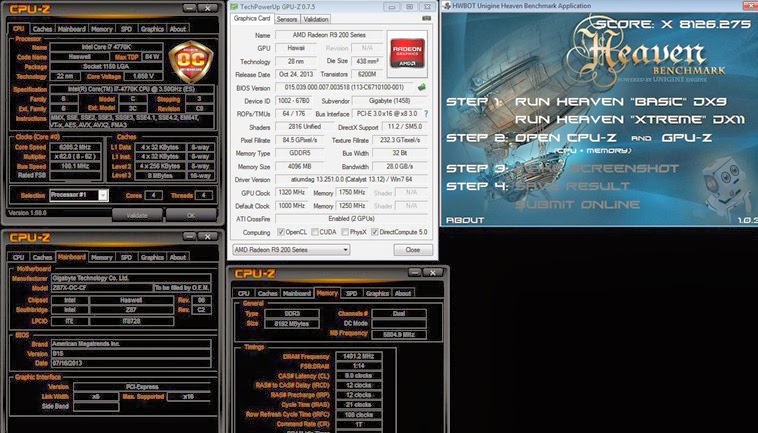