The near high-end requirements for PC VR solutions might be coming to an end with new rendering technologies.


Valve has released a similar solution for the Vive. With continual improvements to VR hardware and VR rendering techniques, such as foveated rendering which is currently under development, it's likely we'll see mainstream adoption of VR sooner rather than later.

With PSVR recently launched, one ponders whether its popularity will be a boom to VR on the PC, or will limit its development much like how many PC games today are optimized for consoles with limitations such as 30 fps caps, low-resolution textures, clunky GUIs, lack of dedicated servers, etc.

PSVR will likely be a step in the right direction. Sure, it lacks room-scale tracking but with the support of AAA developers and the allure of the (potentially) large PSVR market it's almost assured that the image of VR will catapult from 3D TV-levels of gimmicky to a must-have experience. In the near future as developers sharpen their VR game making skills we will be bombarded with amazing gameplay from PSVR, Oculus Rift with Touch, and HTC Vive and the allure will be all too strong to resist.
Posted by Pat H at 7:05 PM 5 comments:

What SMART Stats Tell Us About Hard Drives

Backblaze has crunched the numbers to see what percentage of hard drives report SMART errors before they fail. The conclusion was:

Operational drives with one or more of our five SMART stats greater than zero – 4.2%

Failed drives with one or more of our five SMART stats greater than zero – 76.7%

So the moral of the story is that if your hard drive is reporting any SMART errors at all, it would be wise to replace it.
Posted by Pat H at 2:29 PM 4 comments:

Samsung plans to slash SSD prices to (current) HDD levels by 2020. At the moment, 1 TB HDD drives are about 4 cents per GB, If Samsung is correct, by 2020 consumers will be able to purchase a 512GB SSD for about $40 USD. At that price point it's likely that SSD adoption will greatly speed up, even on low end builds. 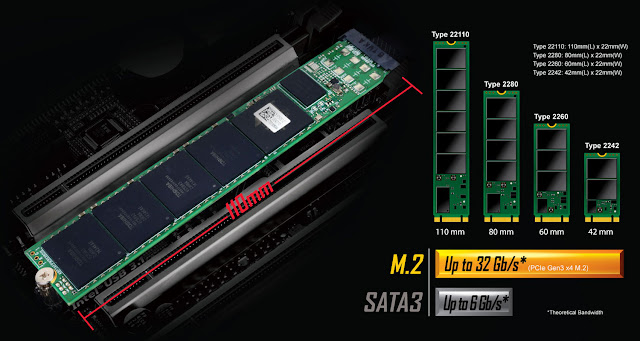