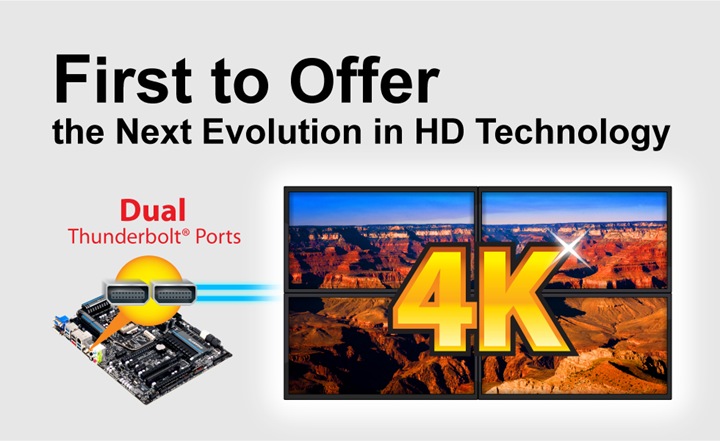 A few months ago GIGABYTE announced its support for the latest UltraHD 4K resolution displays on our Dual Thunderbolt motherboards. The reason we were able to do this ahead of the competition was quite simple; in pure hardware terms Thunderbolt ports are basically Mini DisplayPorts (at least as far as display connectivity is concerned), and by having two of them, each capable of a 2K video stream, you’re right in the zone for full UltraHD or 4K display support.

Of course the really cool thing about our 4K support is that you’re able to power a 4K display directly from the Processor Graphics of your Intel Core i5 or i7 processor (or any that supports the Intel HD4000 graphics engine). You do not need a high-end GPU or discrete card installed. Your Ivy Bridge chip handles 4K video just fine.

However, one issue that has been abundantly apparent (until this week at least), is that 4K displays and TVs have been somewhat thin on the ground, and when they are available, they tend to be the most expensive piece of kit on the showroom floor. While this week’s CES show is predicted to see dozens of new 4K capable displays and TVs announced and showcased, the truth is that 4K device prices will inevitably remain pretty high for the foreseeable future. This is where Intel’s new Collage technology comes in. 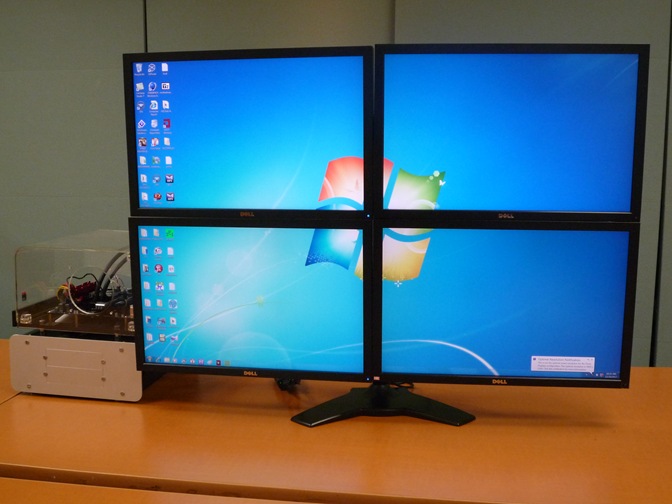 Intel Collage Display Technology is a pretty neat way of setting up a full 4K display using only standard HD displays. The idea is that the video data stream that is split across the two DisplayPorts is then split once again using an adapter to power four displays. With your displays setup in vertical mode (i.e. two displays high, two displays wide) your Windows desktop is spread right across all four displays. See the diagram below. 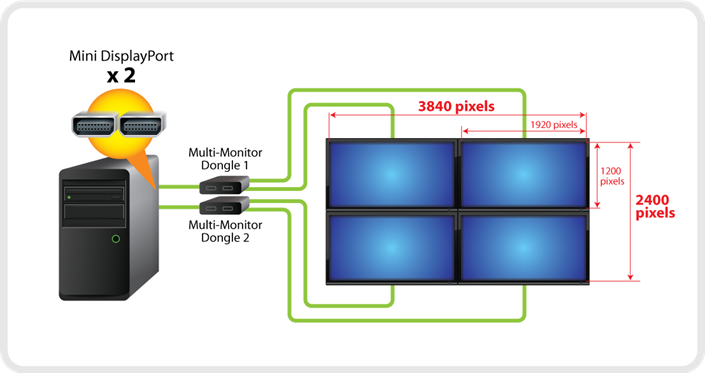 In fact you can also arrange the displays in a more traditional horizontal mode so that your desktop is spread across four displays with an incredible pixel width of 7680 pixels at the standard 1200/1080 height – we’re talking about a massive workspace.

Curious to see this in action? No problem. Check out the video below featuring yours truly. 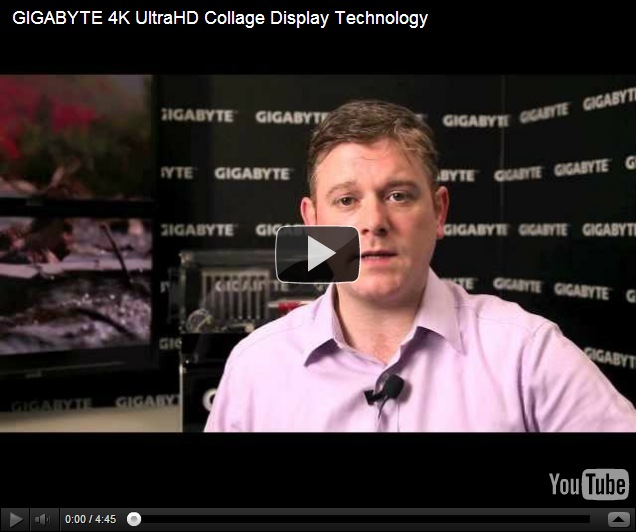 You can find more information plus a setup and device compatibility page on our website here.