We are always excited when overclockers break records, especially when it's on our hardware. Our friend 8Pack recently crushed a number of World Records and Global First Place with 3D Mark Fire Strike and 3D Mark Vantage on a GIGABYTE X99 Champion motherboard.

Let's take a look at at the records 8Pack crushed. 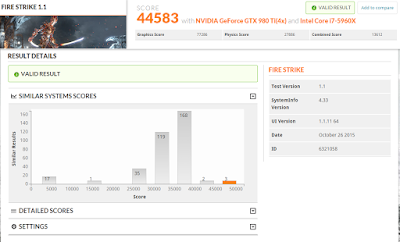 On FireStrike Extreme, 8Pack was able to attain equally impressive results. Check it out below: 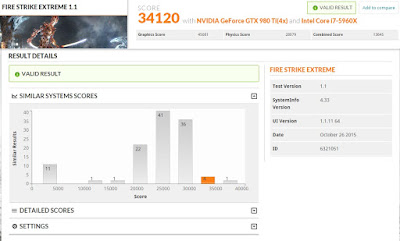 Next up lets take a look at his Vantage score. This was done on the same hardware, and as you can see the result was nothing short of stellar. 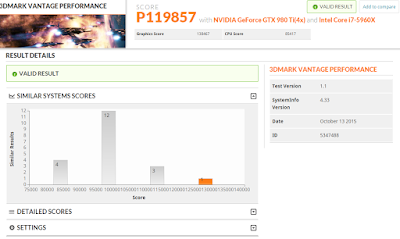 Moving down to the 3x FireStrike Vantage category, you can see that 8Pack maintains his lead. For this entry his CPU is clocked slightly higher at 5,865 MHz. 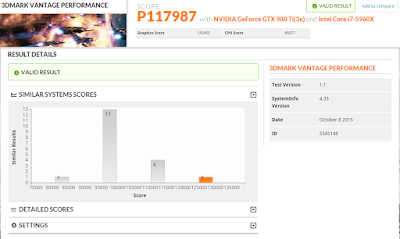 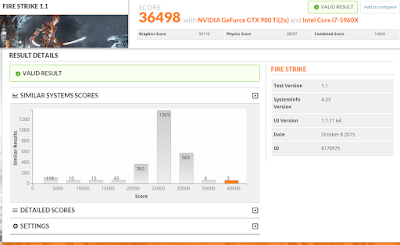 And on Vantage he was able to bring in another Global First Place score of P111069: 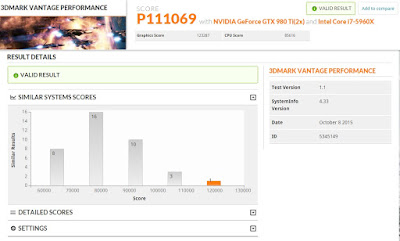 8Pack's phenomenal scores is just another example of why GIGABYTE motherboards lead the industry in overclocking.
Posted by Sam Reynolds at 6:36 PM 1 comment:

The Z170X-SOC Force is GIGABYTE's overclocker-focused board for the Intel 100 series chipset. 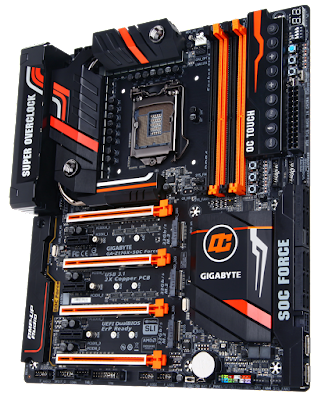 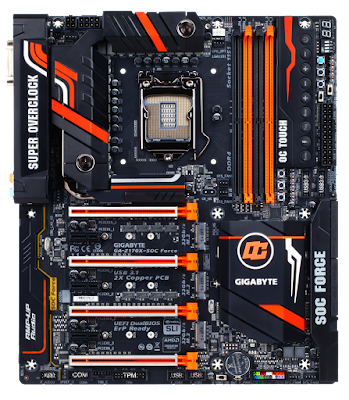 While you can overclock on any of our boards, the SOC Force is specially tuned for overclocking and provides features like the OC Touch panel on the front which make adjustments easy for those that have the motherboard out on a test bench.

Recently Steven Bassiri from TweakTown reviewed the Z170X-SOC Force and gave it a rating of 93%. Steven said that he liked the 4-Way SLI and three M.2 32Gb/s Slots, the High-Quality VRM, and excellent overclocking features available on the board.

Here's a summarized version of his final thoughts on the board: 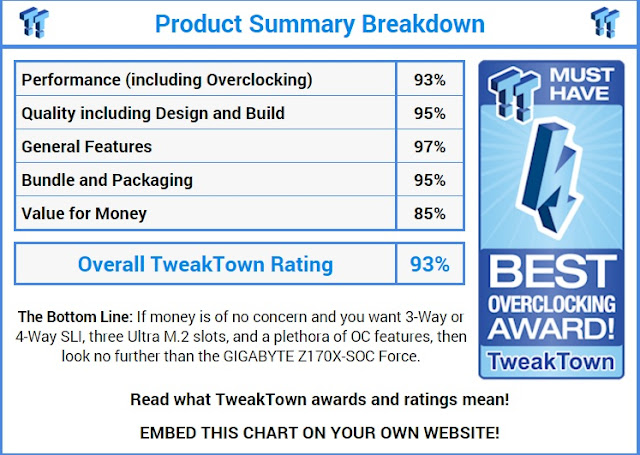 Posted by Sam Reynolds at 6:20 PM No comments:

The Innovative Tech Behind the Killer Ethernet Controller

The GIGABYTE 100 Series motherboards have a number of exciting features, but one of the most interesting has to be the Killer Network Controller from Rivet Networks.

Now normally network controllers aren't a huge source of innovation. People simply don't think of them as they do the CPU, GPU, or memory connectivity like M.2 or PCI-E. But the Killer NIC, found in select GIGABYTE Z170 boards, isn't an ordinary network controller. Its proprietary software can classify and prioritize traffic ensuring that latency sensitive applications, such as multiplayer games, will not be impacted while other things like downloads run in the background.

Recently Mark Nelson from The Tech Report visited Rivet Networks' headquarters for a briefing and posted a great writeup on the Killer NICs, explaining how the controllers work and putting them through their paces on various benchmarks.

Here's a brief rundown of the advantages it brings gamers:

Killer tells us its driver has been tweaked to minimize latency, so as soon as it gets any amount of data to send, it puts that data straight onto the wire. In contrast, a driver that doesn't prioritize latency may hold off on sending to do a couple of things. Such a driver might wait to combine multiple small payloads into a single packet if the destination is the same, or it may queue up multiple sends at a time to minimize the number of interrupts taken. Games usually send out data in 128-byte chunks or less, so Killer's driver should minimize the amount of time that game data spends in the network stack. In fact, the Killer Networking folks claim the E2400's latency performance beats the competition by up to 50% during single-application usage.


Here's what Mark found out during his benchmarking. As you can see, the Killer NIC beats the competition by a healthy margin. Check it out:

If you want to learn more, check out the full article here on The Tech Report.
Posted by Sam Reynolds at 8:26 PM No comments:

Don't Miss Out on Your Chance to Go to Blizzcon!

As you might remember, we recently announced the Grand Prize Winners of the GIGABYTE Heroes of the Storm™ Sweepstakes as well as the 2nd Round of Winners for GIGABYTE Prizes. There are some great prizes on the list, which include GIGABYTE motherboards and a trip to Blizzcon in California! 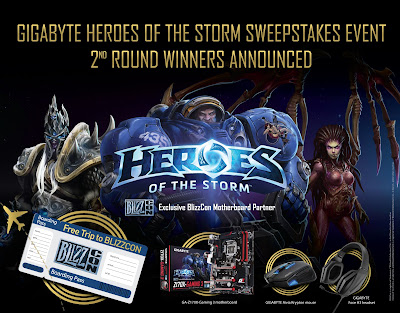 We sent out an email to winners recently, but sometimes these get stuck in spam filters and won't make it to your inbox. You can check the full list of winners here.

If you won the Grand Prize of a free trip to Blizzcon we'll need to hear back from you ASAP! Don't lose your chance to go to Blizzcon!
Posted by Sam Reynolds at 6:26 PM No comments:

I have for you the GIGABYTE Tweak Launcher (GTL) software to use on the Z170 chipset GIGABYTE motherboards to help you overclock in Windows. We’ve tested it on all versions of Windows OSes and it operates well. You can change various frequencies including base clock, CPU and Uncore ratios, various volts and voltage related parameters.

Happy OCing and be careful with this software, don’t go setting crazy voltage because you can kill hardware (for example, the settings in the screenshot were done using liquid nitrogen so we could use high voltage such as 1.45vcore on CPU and 1.84v on memory). On air cooling, these settings are not advisable. I would stick to 10% overvolt at most for regular OC rigs. 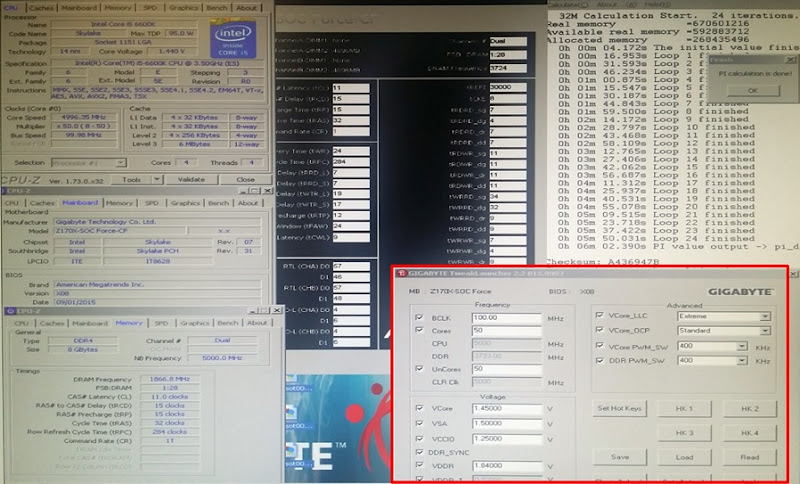 Over at eTeknix, Ryan Leiserowitz posted a review of our GIGABYTE GA-X99-SOC Chamption motherboard. Ryan is a hardcore overclocker, and this was his chance to put the board through its paces. 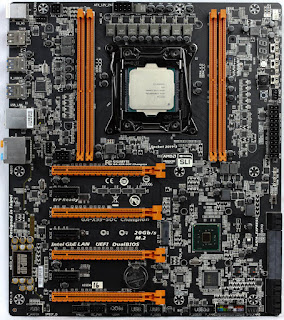 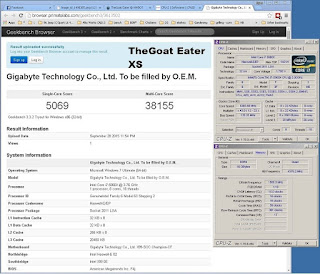 Ryan mentions in his review that the board has enough features for pro-overclockers, and is priced competitively enough that amateur overclockers don't have to think twice about including one in their next system build.

“From pro-overclockers to enthusiast system builders, if you’re wanting to push your hardware to the limit, the GX-X99-SOC is the perfect tool for the job,”  Ryan writes.

In the end eTeknix gave the board their "Overclockers Dream" award. Thanks guys! 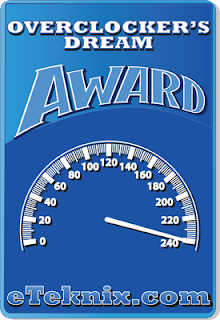 Posted by Sam Reynolds at 6:55 PM No comments:

Another Record Broken on a GIGABYTE SOC Champion

GIGABYTE continues to lead the way with world records and global first places.

Over at 3D Mark, you can find the latest benchmark scores posted for FireStrike Extreme. The top score belongs to "Mad" and as you can see, he hit 34665 using a GIGABYTE X-99 SOC Champion-CF motherboard. Check it out below:

Aside from being a world record this score is remarkable for two reasons. It's the first time that the 34,000 barrier has been broken with a quad-VGA card setup, and it's also a full 1,000 points above the competition.

Next up is a Global First Place for Fire Strike Extreme with just one GPU.

As you can see, the 14,000 barrier has been broken. A first for a single card setup.

And finally the regular Fire Strike with one GPU:

For those curious, here's a peak at what the rig used looks like: 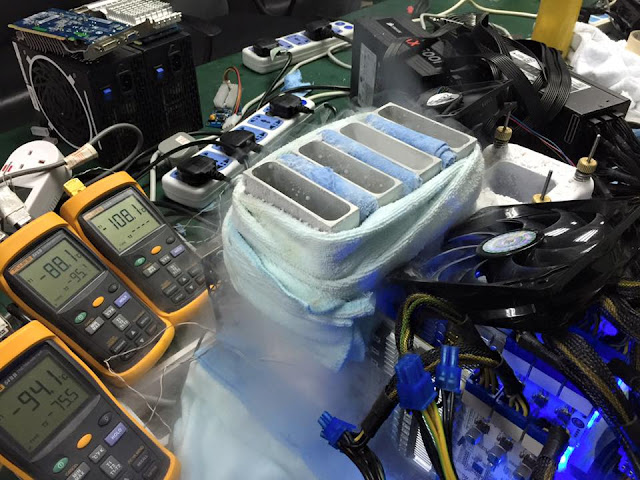 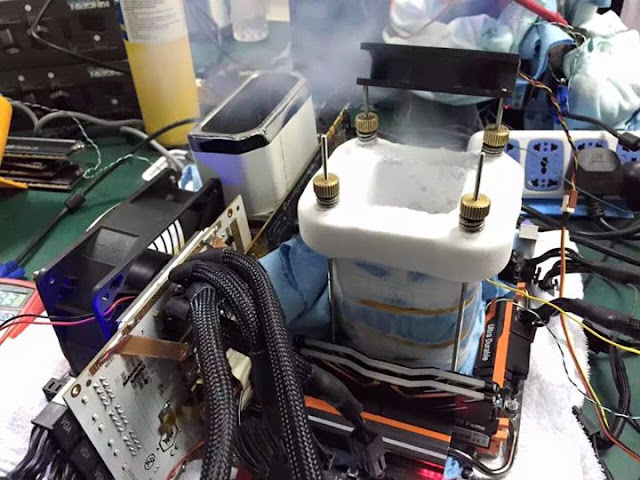 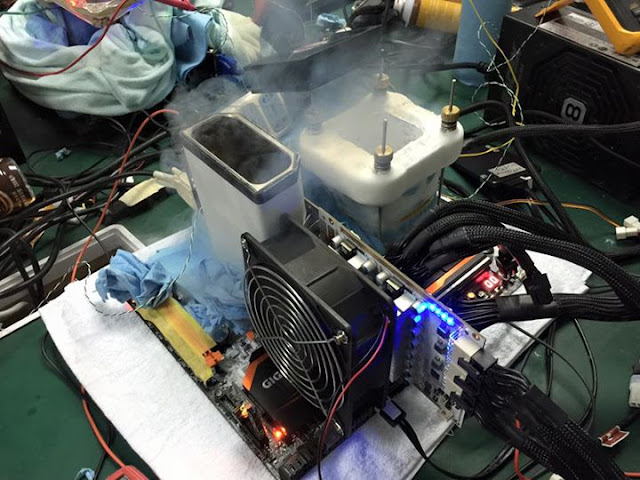 Posted by Sam Reynolds at 7:40 PM No comments: