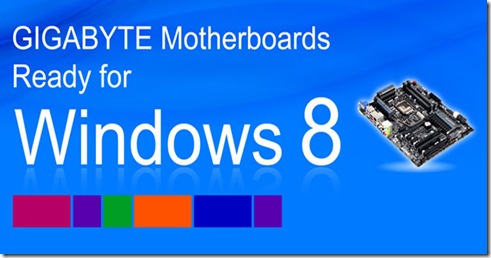 Yesterday we made an official announcement regarding Windows 8 and how our entire range of currently available motherboards are ready to run Microsoft’s forthcoming Windows OS. We’ve worked closely with Microsoft to ensure all our current range will transition smoothly to the new platform with special attention to driver and BIOS compatibility.

Of course, as with any major OS release, it’ll be interesting to see Windows 8 come to market and it’s reception from desktop PC users, especially among DIY builders. And although many commenters perceive the new OS as being Microsoft’s key strategic weapon in the tablet arena, it’s also very encouraging to see that Windows 8 should actually be a really good performer on the desktop PC.

This article from TechSpot compares Windows 7 and Windows 8 (RTM) in a head to head performance shoot out, and it’s very encouraging to see Windows 8 perform or out-perform its predecessor in most stages. Noticeably, TechSpot reported seeing faster boot up, shut times and wake from sleep as well as overall performance improvements in both CPU and 3D benchmarks. Here a few examples: 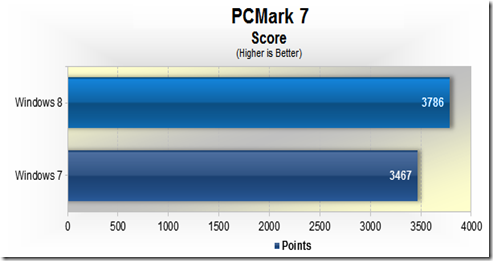 In conclusion, this is what Tech Spot’s Steven Walton had to say:

“The improvements that have been made to startup and shutdown times are self-evident, and no doubt a major focus on the new OS' development…. Another notable improvement was seen in multimedia performance. This was first observed when running PCMark 7 and later confirmed when we ran x264 HD Benchmark 5.0 and our HandBrake encoding test.”

In fact it’s really encouraging to see Windows 8 excel in pretty much all testing scenarios including browser performance, media encoding, file copying and 3D gaming. Of course the new Windows 8 user interface will be the main talking point when it’s released later this year, but it’s great to see that Microsoft have again been working hard to satisfy those of us who crave better performance above all else.

You can find the press release announcing Windows 8 readiness on GIGABYTE boards here.

A webpage with more info about GIGABYTE boards and Windows 8 can be found here.

Above benchmark images courtesy of TechSpot.com