Until just a few weeks ago, we here at GIGABYTE aimed our G1.Killer series of motherboards at PC builders that were building full sized gaming rigs. Rigs that could strike fear into the hearts of your enemies, towering high enough to intimidate small children. In fact the original X58-based GIGABYTE G1.Assassin board was only feasible within an E-ATX form factor, such was the level of 3D gaming bling going on there.

And although the gaming PC eco-system provides plenty of options for large gaming rigs in terms of chassis, liquid cooling kits, high-watt PSUs, custom cables, cooling fans and a whole lot more besides – there remains a dedicated few who preferred to spec out a slightly more modest, more compact rig that they could take to Lan partys, friend’s houses or wherever the action was. Portability, it turns out, remains an important factor to many PC gamers and builders.

And this is where the new Ivy-Bridge-toting GIGABYTE G1.Sniper M3 finds its place in the big wide world. The G1.Sniper M3 is of course the first Micro-ATX form factor board to grace the GIGABYTE G1.Killer line-up. It’s 24.4cm x 24.4cm PCB is decked out with the same green and black hardware, packing a Creative Sound Core3D audio chip and the highly respected Intel Gigabit LAN NIC. 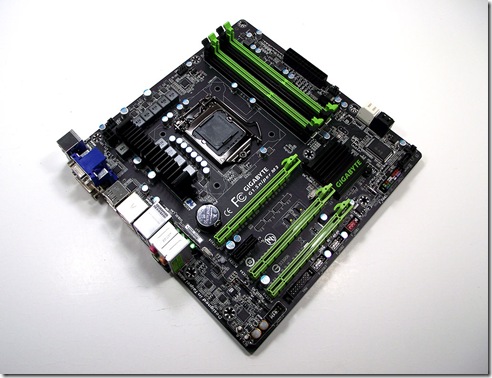 TechPowerUp recently looked at our new G1.Sniper M3…this is a sample of what they had to say:

“I've been using the Intel Z68 Express-baased G1.Sniper motherboard for some time now, and I must say, I am very very happy with that product. This new G1.Sniper M3 is going to replace that board, and while making that move, I don't think I'm going to lose out on any functionality, and if anything, I'm going to gain a bit more, thanks to the improvements the Intel Z77 Express platform offers. Gigabyte really has made a big change in how their motherboards work with these new products, although appearances at first may not indicate such changes.”

The new features mentioned include our new dual UEFI-based 3D BIOS, a new All Digital power design as well as support for Virtu MVP and the Intel responsiveness features. All in all, the G1.Sniper M3 is a new breed of gaming motherboard that we’re very excited about.