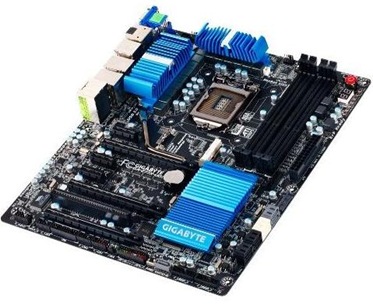 Just a few days ago, tonymacx86, (not surprisingly the chief writer for tonymacx86.com – arguably the best Hackintosh site on the web) announced to the world that GIGABYTE UEFI BIOS on our Z77 boards was offering better OSX support than previously possible, making Hackintosh building easier than ever:

“Big news! The Gigabyte UEFI on the Z77 chipset works natively with OS X power management- you don't need a DSDT to wake/sleep, and no kernel panics on power management whatsoever!!”

The reason for this lies with our unique UEFI BIOS coding, which allows for an OSX install without needing a DSDT file. As LG Nilsson at VR-Zone explains:

“Normally when you build a Hackingtosh you need something called a DSDT (Differentiated System Description Table) as this is how OS X can detect what kind of hardware you have in your system. Without a DSDT Hackintoshes tend to go into kernel panic mode, i.e. they're pretty much useless.…

However, the latest motherboards from Gigabyte don't appear to need a DSDT file for basic functionality, as the boards boot into OS X just fine without it….It's not entirely clear what Gigabyte has done to make this work, but it's made the life of those wanting to install an alternative OS on their PC a lot easier.”

I’m not going to divulge here exactly what we’ve done to achieve this improved support, but suffice it to say that we’re happy to make life easier for a small but dedicated band of DIYers who dare to bridge the x86 – Apple divide.