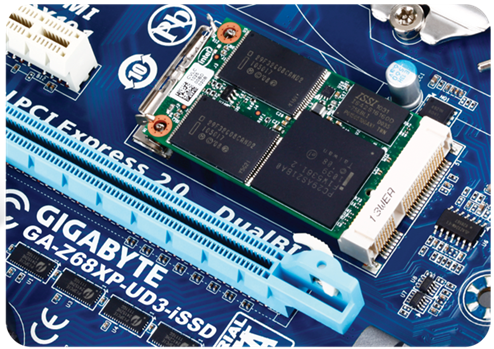 Elric Phares, prolific video reviewer on motherboards.org, also known as Doc Overclock, has gotten his hands on our Z68XP-UD3-iSSD board, the first ever board to be fitted out and bundled with an mSATA SSD. Inside the Z68XP-UD3-iSSD retail package you will of course find the motherboard itself, but look closer and you’ll also see that the central area of the board has what looks like a mini PCI-Express slot replete with some sort of mini PCIe module. In fact this is the Larson Creek Intel mSATA SDD which contains 20GB of SLC memory -  which, as Elric points out, lasts longer and offers faster performance than the regular MLC memory you’ll generally find on an SSD drive.

To get you in the mood, here’s the Z68XP-UD3H-iSSD board being unboxed and examined inch by inch by the Doc. 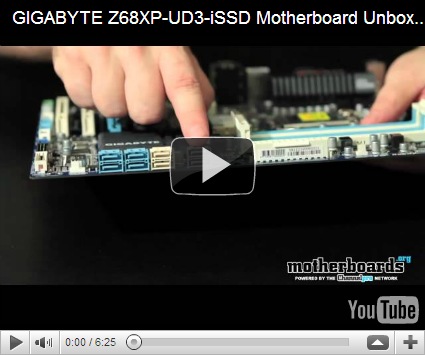 Here is the full board review with benchmarks and conclusions. btw..listen to the Thrash metal in the background…dude that’s Elric’s band! 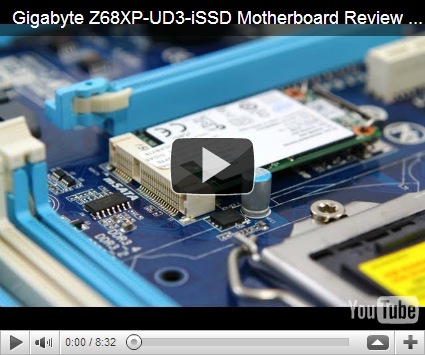 The Z68XP-UD3-iSSD was designed specifically with the Z68 chipset and Intel Smart Response technology in mind. The onboard SSD acts as a fast caching drive that significantly speeds up your most commonly used applications, boosting your PCs overall responsiveness and feel.

Cheers Elric! As enthusiastic and knowledgeable as ever. Always a pleasure. And we dig the headbangin’ tunes during the benchies! Rock On!

You can learn more about the Z68XP-UD3-iSSD here.

You find the Chinese version (中文版) of this article here.