Earlier this week we asked all our Facebook fans and followers to try and guess which quote from the original Star Wars movie we had hidden in an envelope… a big thanks to the hundreds of you that took part, but before we announce the winner, let’s open said envelope and reveal the quote: 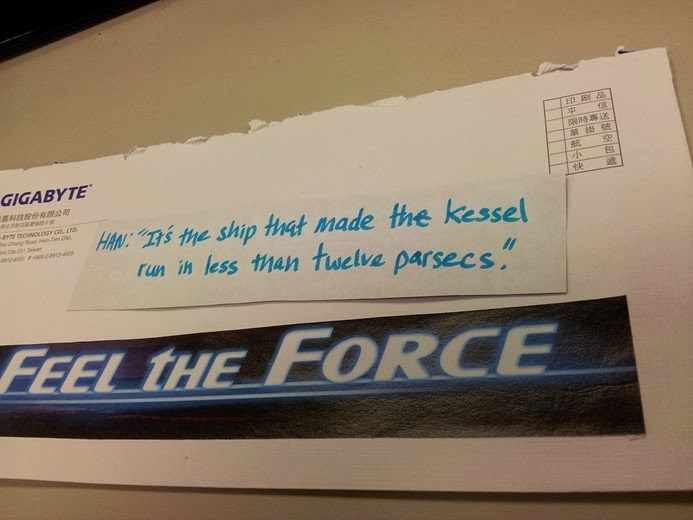 Winning Quote: Han Solo - “It’s the ship that made the kessel run in less than twelve parsecs”

As I mentioned in the comments on Facebook, it is kind of (hmm…very loosely) related to overclocking and benchmarking… if you consider the kessel run to be benchmark of course. According to Wookieepedia:

“The Kessel Run was one of the most heavily used smuggling routes in the Galactic Empire. Han Solo claimed that his Millennium Falcon "made the Kessel Run in less than twelve parsecs". A parsec is a unit of distance, not time. Solo was not referring directly to his ship's speed when he made this claim. Instead, he was referring to the shorter route he was able to travel by skirting the nearby Maw black hole cluster, thus making the run in under the standard distance. By moving closer to the black holes, Solo managed to cut the distance down to about 11.5 parsecs. The smuggler BoShek actually beat Solo's record in his ship, Infinity, but without cargo to weigh him down. A few months later, Han Solo beat both his own and BoShek's records in a run he made with Luke Skywalker.” 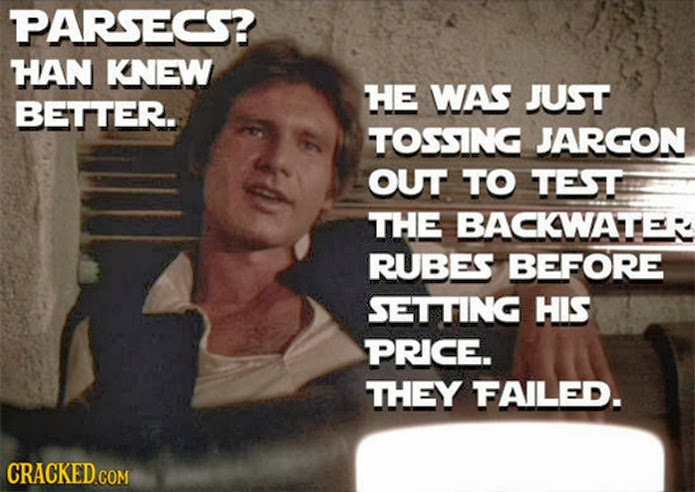 Well done guys. Each person was designated a number from one to three (same as above), and using a random number generator at random.org, the number 2 was chosen. Congratulations to Jessie Que in Australia who will shortly be the proud owner of a GIGABYTE Z87X-OC motherboard - a Millennium Falcon in motherboard form you might say… ;)

Thanks once again folks for all who took part…

Check out the ‘Feel the Force’ Overclocking contest at HWBOT.org