The advantages of Bluetooth 4.0 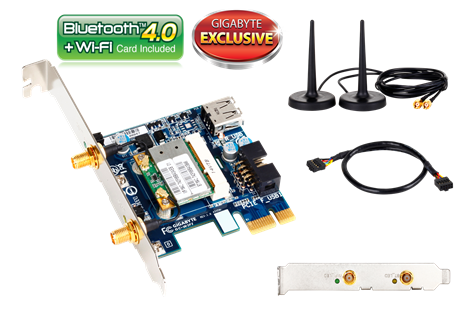 As you m ay already know, three of our new X79 series motherboard models are currently sold with a bundled Wi-Fi / Bluetooth PCIe card (model No: GC-WIFI), something that more and more DIY builders are keen to see, especially on our high-end models. However, one thing that you may not be aware of, is that this exclusive GIGABYTE PCIe card offers support for the latest Bluetooth 4.0 standard which is a new low power, high-speed standard that is supported by devices such as the new iPhone 4S.

Backwards compatible with previous Bluetooth revisions, Bluetooth 4.0 brings some clear advantages to the table. These include fast device pairing, low latency communication and low power consumption. This means that your iPhone 4S, or Bluetooth 4.0 device can more easily connect to your PC via the motherboard’s PCIe adapter and take advantage of the low latency connection to move data from the iOS device and the PC much faster than previously possible. 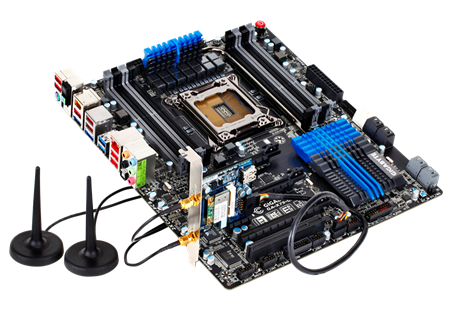 I’m sure many of you have tried using your smart phone as a remote control for PC. Well, imagine taking that one step further. One such scenario with Bluetooth 4.0 is that you could not only use you iOS device as a remote control for your PC, but that the Bluetooth 4.0 connection would be resilient and fast enough to even let you use the device as a game controller, just like a wireless PS3 controller. This is possible because the lower latencies provided by the Bluetooth 4.0 specification, mean that the response time between the PC and the device would be virtually instant, with almost no delay. Fast enough to play video games.

According to reports in the media, Apple is also talking about offering AirPlay support to Bluetooth 4.0 devices too. This exciting technology would allow you to play any audio from your iPhone 4S through the speakers of your PC. If you had more than one Bluetooth 4.0 capable PC in your home, you’d even be able to select which machine or machines to pump the audio through. Pretty cool stuff.

Also, as I mentioned, Bluetooth 4.0 also has lower power demands than previous revisions which means that if you are connected to your PC using the Bluetooth 4.0 connection, it shouldn’t drain your device’s battery. This should make a big difference compared to say, a regular Wi-Fi controller, which typically require substantial power.

While Bluetooth 4.0 is still very much a new technology, we certainly expect to see more compatible devices emerge early next year. But if you’re thinking of the best way to connect to your PC, Bluetooth 4.0 clearly offers some real advantages, making it easier than ever to connect to and share data between your mobile device and your PC.