Joining the quickly swelling ranks of reviewers and benchmarkers who have fallen for our beloved G1. Assassin motherboard, Aussie reviewers APC have just given our ultimate X58 gaming board a significant thumbs up, earning the ‘APC Highly Recommended Award’. Here’s what they had to say: 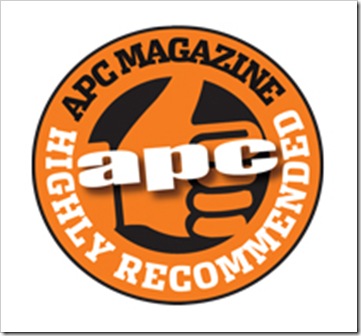 On the issue of aesthetics and overall board design:

“The G1-Killer is the first board off the boat, and the first thing you’ll notice are the colours; a lot of effort has gone in the aesthetics, with GIGABYTE’s new matte black PCB looking very neat. The interface connectors are black and green; metal coolers and heat spreaders have a nice matte finish. It’s military styling and it looks good. Notably the MCH cooler is styled like a clip from an automatic weapon.” 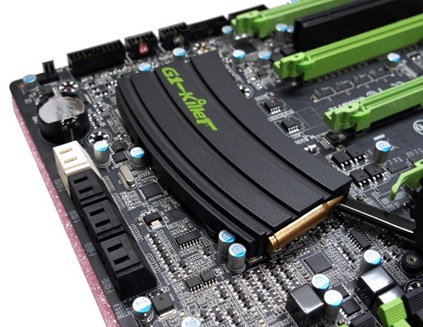 As for the Soundblaster X-Fi Digital Audio Processor:

“More importantly for the gamers is the X-Fi CMSS-3D virtual headphone support, which gives a sense of depth and a widened sound stage for headphone users. Gigabyte hasn’t stopped there, with the inclusion of a headphone amp on board. This is one of those “finally” moments for modern motherboards, which universally under-drive audio outputs, making headphones sound quiet and lifeless.”

“It’s not just about the sound either. Network gets a boost as well, with the integration of a “Killer” game network platform from Bigfoot networks…the chip can do near real-time packet prioritization, identifying packets of network data going to the game serves and making sure they go out first.”

The G1. Assassin appeared in the print edition of APC, so I’m afraid there are no linkable URLs, though Australians will of course be able to grab a copy of the magazine at their local newsagents. ;)