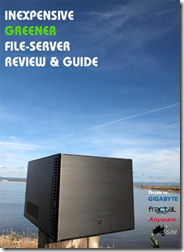 Check out a new review from OCAU (Overclockers Australia) about an inexpensive low power consumption NAS server based around the GIGABYTE D525TUD.

First step: the heart and brain of any PC build, the motherboard and CPU. A quick search revealed a Mini ITX wonderland of small, low power, high feature, ATOM processor based motherboards. I wanted a decent processor so I decided I would look for an Intel Atom D5xx series based motherboard, which is the highest-spec Atom CPU I could find released on a motherboard and available to buy in Australia. Ideally it needed more than 2 SATA ports, gigabit networking and a serial connection for my UPS. I ended up with two boards from reliable manufacturers that fit the requirements; the Gigabyte GA-D525TUD and the Asus AT5NM10-I. Both are priced similarly at $120 and $125 respectively. So let’s take a closer look.

I decided to go with the Gigabyte GA-D525TUD board: the four SATA ports just can’t be ignored and I like the sound of the faster processor, along with the fan forced cooling. Gigabyte is also a company I've had good experiences with in the past. 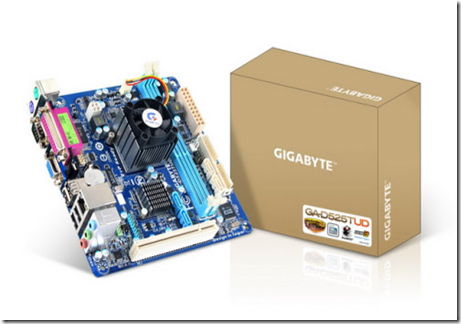