Congratulations to Vivi from South Africa on No.1 HWBOT OC League ranking 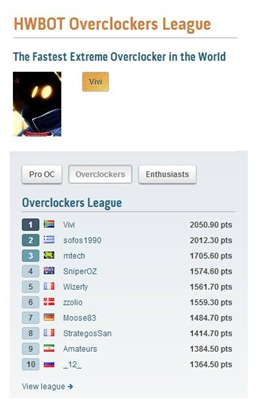 We would like to congratulate Vivi from South Africa on his world No.1 ranking in the Overclockers League on HWBOT. This is an individual ranking league which has historically been the best benchmark on who the ultimate overclockers are in the world. Vivi has managed to finally concur the top spot after setting his sights on it for the last several months.

We’ve noticed a couple of huge overclocks from the young South African on posted HWBOT this weekend. The scores were multithreaded scores in nature based on based on HWBOT Prime and Wprime. The hardware used was Intel 4770K CPU and GIGABYTE Z87X-OC motherboard which have been Vivi’s “go to” hardware for numerous world records over the last year. 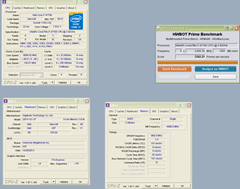 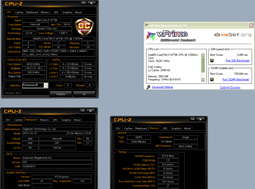 P.S. HWBOT does have other leagues which also attracts some of the biggest names in OC but they are primarily based on team scores and while individuals in Pro OC league do get rankings, it’s more about the team rather than a sole quest for an individual to attack a large number of benchmarks as is in The Overclockers League.