GIGABYTE’s “Pi is Returned” is really hitting a stride at the moment with records falling daily it seems. This time it’s Robbo2 from Australia leading the charge.

Australians are never far away when there’s a SuperPi competition somewhere. It’s nice to see a relative newcommer to the world of extreme OC really show off some decent skill and top the charts so far. Robbo managed to set new FM2 category world records in both 1M and 32M SuperPi. I’ve met Robbo2 at a recent OCAU Extreme OC workshop and it’s great to see OCAU guys jumping the hurdle and really giving LN2 a serious go with some decent hardware. Motherboard used was the GIGABYTE F2A85X-UP4 and an AMD A10-6800K CPU clocked past 7.2GHz (32M SuperPi) and 7.3GHz(for 1M SuperPi).

Awesome stuff there, keep at it!

For those of you that would like to check out this competition you can follow all the action on HWBOT.ORG. 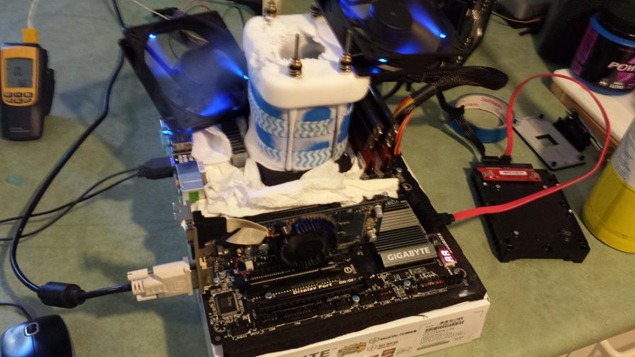 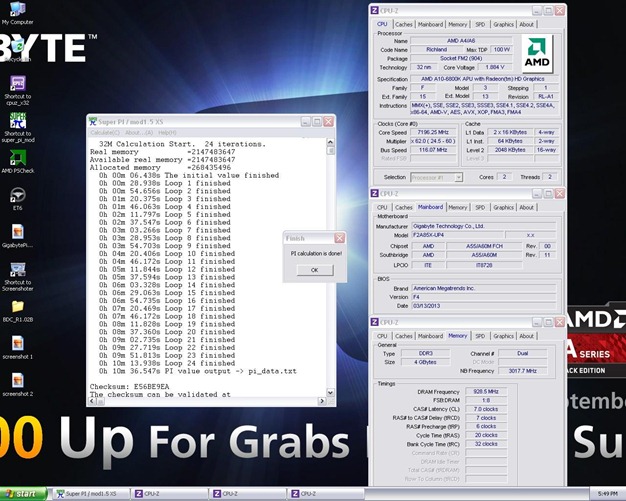