Dino ‘AKA’ Dinos22 from Team.AU Does Some 3DMark Damage

Forgot to post this earlier, but last week Dino, stuck in what can only be described as an epic Groundhog Day time loop, took the 3DMark03 WR three times in a row using the GIGABYTE Z87X-OC motherboard. Not content to stop there, he also took the 3DMark05 WR (on 4x 7970s) and the 3DMark06 WR (also using 4x 7970s) both using the GIGABYTE Z87X-OC. Not sure if he saw his own shadow or not, but congrats on the records Dino! 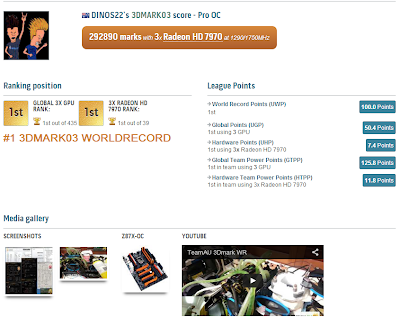 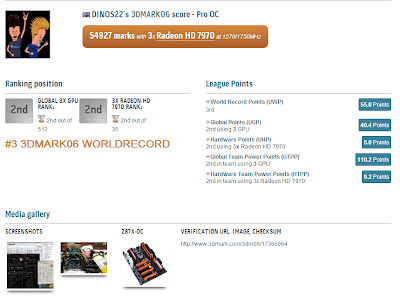