Last week, in an attempt to better understand our Facebook followers and the systems they are building/using, we asked you to tell us which form factor motherboard you have installed in your current rig. The options were E-ATX, Standard ATX, Micro-ATX, Mini-ITX. Check out the results below: 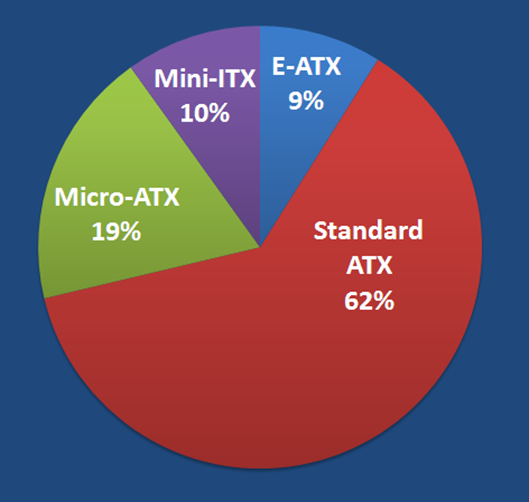 It probably surprises nobody that standard ATX motherboards are the most popular choice. This totally makes sense. At GIGABYTE we offer more models in this form factor than any other, with the majority of our mainstream and upper mainstream product offerings coming in ATX. So no surprises that 62% of you are using a standard ATX form factor motherboard. For record, I also belong in this group. 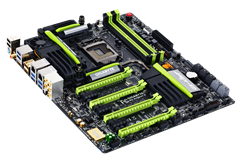 So what about the larger E-ATX form factor? According to our poll, this form factor accounts for 9% of you. This is actually a little higher than I would have guessed, except perhaps when you take into account the audience being asked. Of course, our Motherboard Facebook page fans shouldn’t be taken as an accurate sample of your average user, because clearly if you are following us you have a strong interest in PC building, motherboard etc. So sure, this would make you more likely to go for a larger, enthusiast motherboard such as our G1.Sniper 5 or Z87X-OC Force, two of our most recent E-ATX model offerings. So, yeah, plenty of enthusiast level systems out there, being built by enthusiasts. 10% in total.

Then we come to the smaller end of things, which for me is perhaps the most interesting. The PC business has been evolving slowly over the last decade with technology getting more and more efficient, using less power generally so one obvious trend that is the rise of smaller system builds based on small form factor motherboards.

Micro-ATX in fact has a great deal of flexibility in terms of size, with plenty of variation available. But the one main difference is that you’re getting fewer add-in-card options with fewer PCIe and PCI slots than standard ATX implementations. Micro-ATX also tends to be mostly mainstream board offerings, less extreme configurations, so to see only 19% of participants using this form factor kind of tells me that our Facebook followers are more inclined towards the upper tier models, which echoes what we’ve see 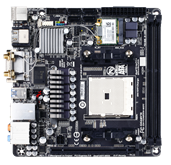 Mini-ITX is a relatively new form factor, defined not by Intel like the other form factors, but by VIA Technologies – hence the ITX, not the ATX suffix. With fixed dimensions of 17cm by 17cm, recent years have seen the form factor mature considerably with more and more chassis available than previously. But despite the relative maturity of Mini-ITX I am still a little surprised to see 10% of those  polled using it. This is a significant chunk and points to growth in this segment. It also ties in with GIGABYTE now offering more in this form factor than before. One example is our recent F285XN-WIFI board which see the AMD FM2 platform on Mini-ITX for the first time. Then again, one could also conclude that if you are a Mini-ITX user then you may also find polls about form factors to be quite interesting…. ;)

One other interesting point is the little nugget of data that tells about the gender of all those polled. According to our Facebook Poll App 96% of you are male, 2% female with 2% not sure. So it seems that our Facebook fan page is a bit of a boys club. Are we really so surprised?