ATI released a new video card driver that has an insane performance in games and overclocking benchmarks as well. TeamAU’s hard hitting SniperOZ just posted a bombshell 3DMARK11 world record for single card, surpassing GTX680 but a whopping 800 points. It seems AMD is determined to keep the performance crown.

Oh and his favourite weapon of choice, yup you guessed it, is GIGABYTE Z77X-UP7 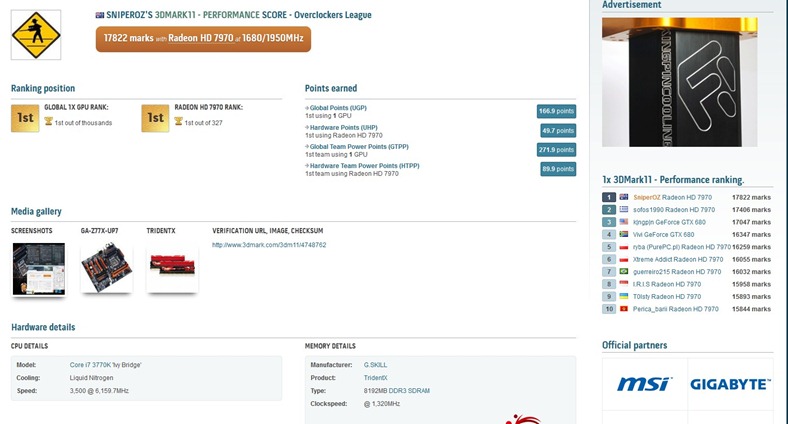 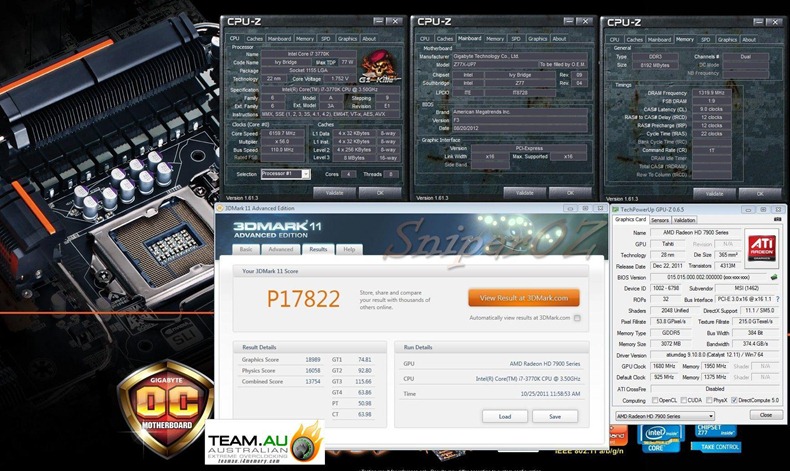