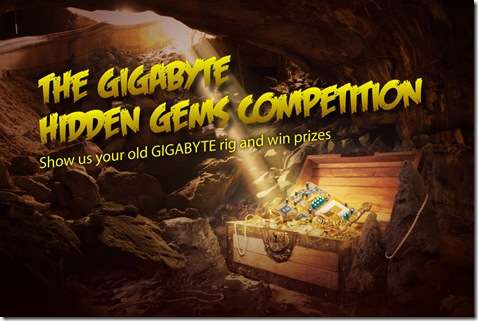 The GIGABYTE Hidden Gems competition has been running for a few weeks now, and it’s great to see so many submissions, especially video submissions. Here’s a quick look at a few of the videos that have caught my eye in the last few days. 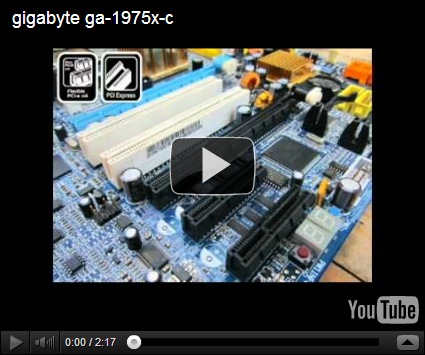 Above we have a video from Carl Venzon De Vera from the Philippines who is showing us his GIGABYTE 1975X-C motherboard. It might no be the oldest board submission but it’s simply a brilliantly done video. Carl creates a Star Wars inspired intro to explain the background to this build – basically he saw the board in a PC magazine in 2005 and spent the next year saving up for it! Classic… Good luck to Carl who has garnered 27 votes and 32 comments. Harnessing the power of Social Media Carl…love it! 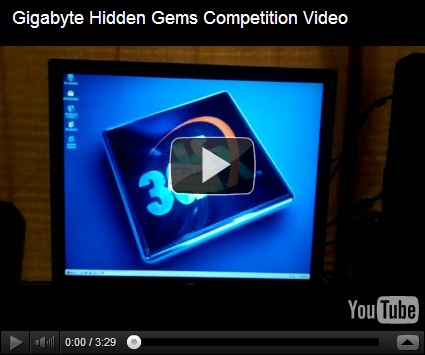 Next we have a brilliant submission from Seth Hanzik  in the United States who gives us the low-down regarding his GIGABYTE 6VTXE  motherboard, which as you can see from the his video, is well and truly still alive and well. Seth has this rig running an Intel Pentium 3 at 1.2 GHz (Tualatin core) paired with 1 GB of RAM and a Voodoo 5 5500 PCI card. Watch it boot to XP..reeeaallly slowly. Seth only has 2 votes so far, so maybe help him out, eh guys? He’s made a sterling effort! 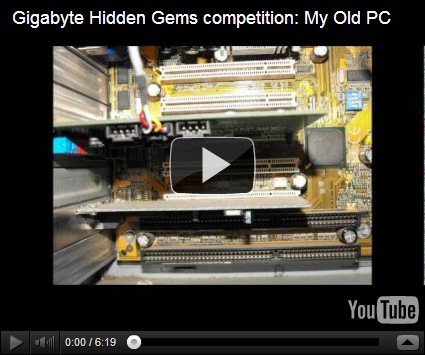 Finally, we have Mr Brian Healy from Scotland and his GIGABYTE 71IXE board. Brian claims he’s been using this board for 12 years so it’s another great ad for Ultra Durable philosophy. It runs a Socket A 700MHz Athlon CPU and as you can see, still runs Windows 2000 a treat. Once again Brian isn’t doing too well in the votes department, so feel free to head on over to the Hidden Gems competition page and make your thoughts clear.

The GIGABYTE Hidden Gems Competition. Take a peek…it just might stoke your nostalgia…