Deep Silver: "There is a clear technology gap"

We recently wrote an article highlighting how much better the game play experience is on the PC vs consoles and showed a youtube video highlighting massive differences in quality from Xbox360 to PS3 to PC. I wanted to follow up that article and tell you what Risen 2’s brand manager Daniel Oberlerchner spoke out about recently. He thinks there is an obvious technology gap in different gaming platforms these days saying some studios are ignoring or cutting quality on PC platform to be able to provide a similar gaming experience across all platforms. 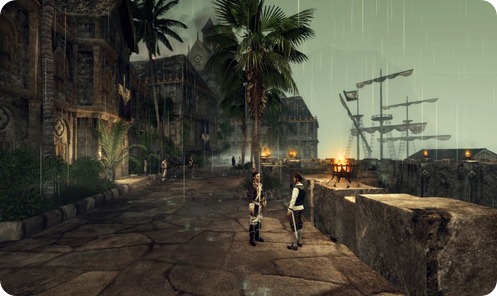 It is good to see an industry rep put a foot down and say they will stick to making the absolute max quality for every platform (hence if you want best gaming experience, PC platform is the way to go).

Here is a quote from Mr. Oberlerchner that can be found at Strategy Informer website

Some studios say they are going to have the same quality across all platforms, which is to say you take the weakest platform - the Xbox 360 - and you have the same crappy textures for the Playstation 3 and the PC.

We want to make sure everything is maxed out on every platform - for example on the Playstation 3, it is a bit better in terms of Aliasing, but then extra memory is going to be better on the Xbox 360 because the PS3 doesn't have direct memory - so it has to share everything.

PC gaming is and always will be way ahead of consoles. Ignoring this fact will make developers’ tech obsolete sooner rather than later.