AMD announces new sans-GPU Llano chips. But where did the GPU go? And Why?

A CPU not an APU 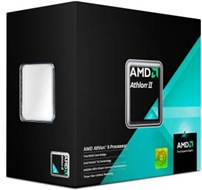 AMD just announced a bunch of new processors that are based on the Llano architecture but are in fact branded Athlon II. This might sound a little odd at first, as Llano was launched in June of last year as AMD’s new APU processors - combining x86 CPU cores with a dedicated DX11 GPU. What we have here however with the new Athon II X4 638 and 641 models, are pretty much traditional CPUs, i.e. no built-in graphics, just four x86 cores.

This is very similar to what Intel did earlier this month, launching several Sandy Bridge processors that also didn’t feature integrated graphics. So what’s going on? How have these processors come to be on the market without graphics, when in both cases they belong to an architectural design that dedicated significant transistors to providing a unified CPU plus GPU design?

Not all Chips are Born Equal

Well firstly, it’s important understand how these chips are made. The truth is that semiconductor fabrication is more like growing fruit or baking bread than you’d think. The silicon wafers that are produced are, for the sake of analogy, essentially grown. As with all things that are grown, the end products are not always born equal. In fact all processors undergo a binning process once they are produced. This process assess whether the chip is a Core i7 2500k, a Core i3, or perhaps an entry-level Celeron part. Some processors come off the conveyer belt with blinding performance, others may not work so well at all. When we talk about silicon wafer yields, we’re essentially describing how efficient the fabrication process is. High yields mean more fully functioning chips per wafer. Lower yields means fewer.

But regardless of yields, there will always be some chips that are born with imperfections – indeed few arrive in immaculate shape. If Intel or AMD are manufacturing quad-core processors, the chips that have imperfect cores will often have some cores simply turned off – thus a dual-core processor is born. AMD even markets tri-core processors where only one of the four cores is sub-standard. Well why not? Three cores are better than two. 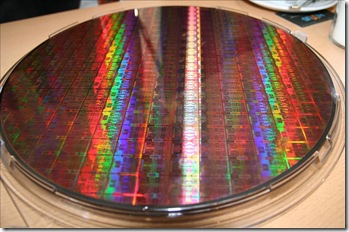 It would seem that both Intel and AMD have decided that those processors that happen to have sub standard GPU parts, will now also be binned as CPU-only models. The new Athlon II X4 638 for example is basically a full Llano processor that has it’s malfunctioning GPU turned off. That’s not actually as bad as it sounds. It makes perfect for AMD to do this.

The GPU that’s integrated with Llano APUs uses significant power. This power will doubtless have affect how how high the CPU can be clocked. By turning off the GPU entirely, AMD should be able to squeeze a touch more performance from the CPU part, or perhaps be able to reduce the overall power consumption of the CPU (hence the Athlon II X4 638 has a reduced 65 watts TDP). The bottom line is that these new CPUs from AMD and Intel are no worse off for having their graphics removed or turned off, in fact they may perform better as CPUs without the GPU.

So Who’s Buying these Chips?

It’s also important to realize that there is a significant market for this kind of CPU. Many customers will demand a dedicated graphics card in their system and will not care so much about having integrated graphics. AMD’s pricing reflects the fact that you’re only getting a CPU not an APU (i.e. CPU plus GPU), so from the customer’s perspective, why not save a few dollars. If you don’t need an the integrated GPU part, why pay for it?

Here’s a situation that serves as an example from a System Integrator (SI) perspective. There are a select few GIGABYTE motherboards that support Sandy Bridge, but don’t in fact have onboard display connectors. Branded as GIGABYTE P61 boards, these motherboards support Sandy Bridge processors via an Intel H61 Express Chipset, but unlike all other H61 models. do not have any onboard D-Sub or DVI connectors for a monitor or display. Let me explain why.

One of the primary markets for these boards is China, specifically the Internet Cafe market in China. It’s a massive segment and its one that’s increasingly important. Our P61 boards are essentially designed specifically for Internet Cafes in places like China where the demand for integrated graphics is virtually nil. These customers know that they will be using a discrete graphics card, (gamers in China demand it) and they want boards designed specifically for that purpose. i.e. they want the affordable H61 chipset, but they don’t want to pay for a board with onboard video support – yes, adding VGA, HDMI or DVI connectors cost money and raises the price. 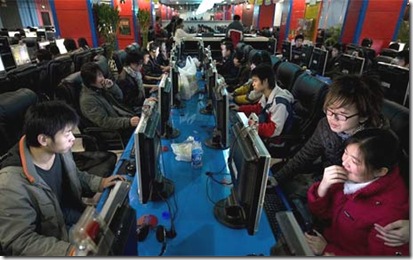 Intel and AMD realize that greater integration from an architectural stand point is essential to the future of x86 processor design - raising efficiency and performance (it’s also essential if they’re going to compete with ARM, but that’s a story for another day). But while integration makes perfect design sense, from a strictly business perspective, it also makes perfect sense to increase your yields while also offering niche markets a product that fits perfectly for them.

Finally, from a strictly DIY perspective, these new CPUs will also mean good value to certain PC builders. If you’re building a mid-range or even budget system and you know you’re going to use a graphics card (i.e. you want better than ‘APU level’ 3D performance, or perhaps you already have a graphics cards from a previous build), the new Athlon II X4 641 at $81, may well be the perfect fit for you.