HWBOT Country Cup looking to be the most popular OC contest ever organised, how is your country fairing?

HWBOT is in its 5th edition of the famous Country Cup competition where overclockers from nations worldwide compete to give their country the best chance of walking away with the highest honours. HWBOT is saying they are expecting submission numbers to surpass the most popular Country Cup 2011 competition considerably this year.

Being an Australian I can tell you we love our sports and do pretty well against the big guns despite being a relatively small nation (size of population). Overclocking is just like any other “sport”, it has its stats and ranking systems that immediately give you an idea how well (or badly) you stack up against others.

How about you jump over to the competition first and check it out. Here is the web page you need to go to. 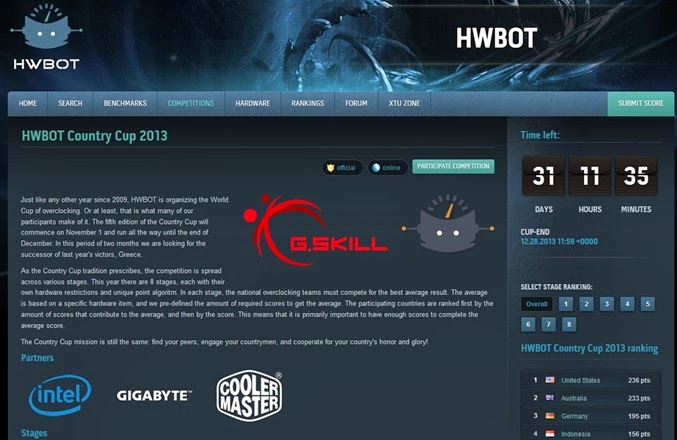 Countdown timer gives you an indication how long a time there is left. Currently we’re looking just over a month to go. The leaderboard is tightly stacked and some of the countries are there that always do well and then there are a few surprises. Australia is one of those countries that has not faired too well in the past finishing well down the ladder in 30+ spots. Well, this year things are different. Boys from OCAU HWBOT team and Team Australia Extreme OC team are joining forces and looking for a strong finish.

Americans have also not been as active in this comp in the past but this year they are looking very strong. The usual suspects of Germany and Indonesia are in top 5. We are yet to see some of the previous champions including Romanian, Greek and Polish teams step up their game. I have no doubt the leaderboard will take many twists and turns yet, best to keep an eye on the latest submissions and team movements daily. I love checking out people’s OC rig setup pics that are compulsory in result submissions. I’ll put up a couple of cool shots here! 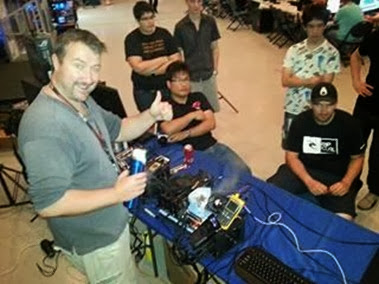 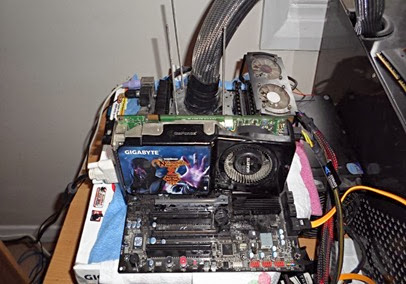 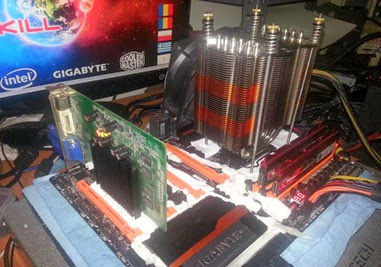 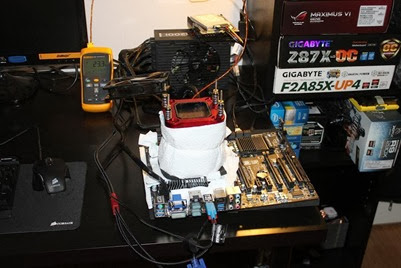 GIGABYTE is the proud sponsor of Country Cup competition and is offering some nice prizes for the winners as are other companies including G.Skill, Intel and Cooler Master.

Thumbs up to all and have fun.