We wrote an article a couple of days ago about liquid nitrogen based coolers for memory and a lot of people were wondering what it’s all about. While I can’t show the frequencies with new generation chipset, I can tell you it will be memory overclocker’s paradise platform.

Here’s what those Corsair Dominator Platinum 2666 kit looked like after I froze the kingpin RAM pot and then took it off. Tell me that isn’t stunning!

Motherboard of choice is GIGABYTE’s latest OC board coming out next month. Incidentally Corsair and Intel are running a $20,000 competition at Computex 2013 this year which will involve some insane memory freezing and world records galore. TeamAU will be there happy to oblige to freeze some things 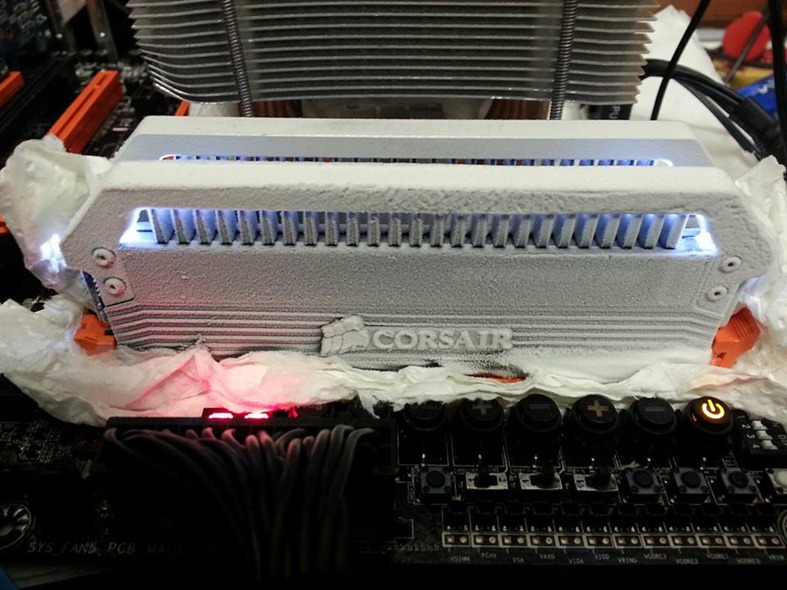 That’s not all btw, we will also be present at G.Skill’s Computex OC show on 7th June at Nangang Hall. I’ll see you all there if you can make it!