Bullant from Australia sporting the most efficient SuperPi rig you’ll ever see!

We’ve reported about a forum thread a little while ago that encourages overclockers worldwide to fine tune their platform at a set frequency limit to establish who has the most performance efficient PC around. It’s done by limiting the CPU to 5GHz on Z77 Ivy Bridge platform and allowing end users to tune their memory frequency and timings and produce the fastest possible 32M SuperPi they can.

The whole point of the exercise is to improve your tweaking skills which you can then apply at maximum CPU clocks so if the current leader was to get the highest clocking CPU around, he would beat the current SuperPI world record without much trouble. What’s also possible is that he would be able to beat the world record with slightly lower CPU clocks compared to top score due to his efficiency which is even more rewarding to a tweaker. This is comparable to a 100m sprint runner and their training to improve the technique over such a short distance. The most efficient guy is Usain Bolt and even with a bad start he has the ability to catch his opponents just about every time.

Bullant (aka Usain Bullant lol) from Australia happens to be the current leader of this little tweakers competition sporting his favourite GIGABYTE Z77X-UP5TH motherboard clocking 4x sticks of PSC based IC memory modules at an astonishing 1326.4MHz at 6-10-6-28 subtimings. Memory is cooled with liquid nitrogen (Kingpin Ney RAM pot) at a freezing –105C while CPU is on single stage refrigeration cooling running at –30C. The current leader nearing the end of this platform tends to be just about unbeatable as getting that last little out of the platform gets ever so much harder knowing everyone’s had a good year to improve their Superpi results.

Congratulations mate, well done! Nice warm-up for the next generation GIGABYTE motherboards which will raise the bar a great deal higher 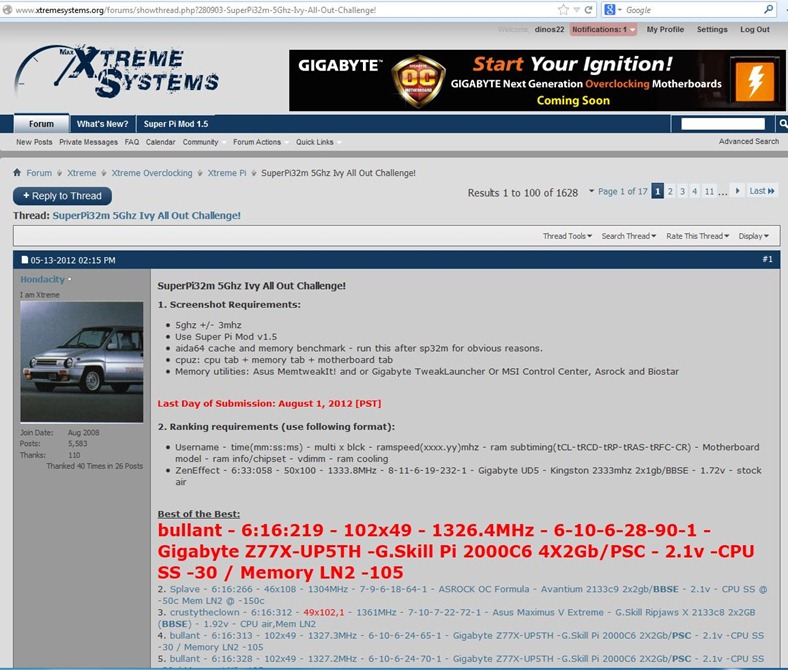 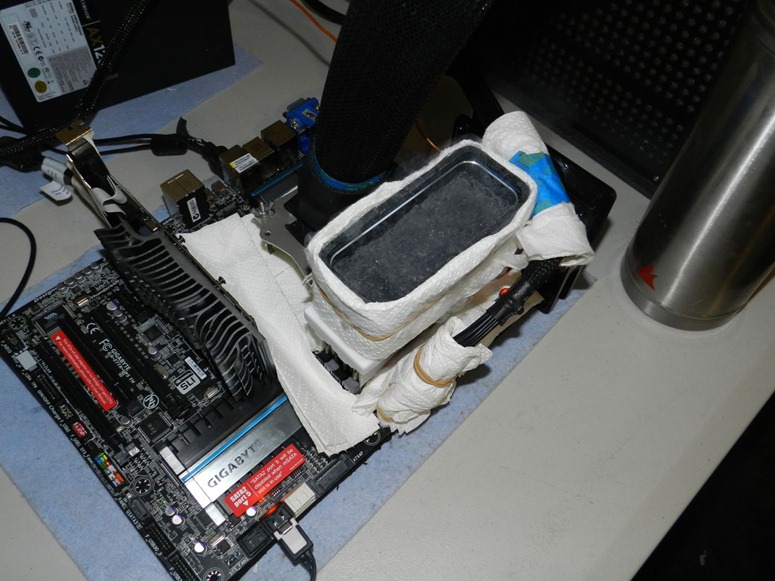 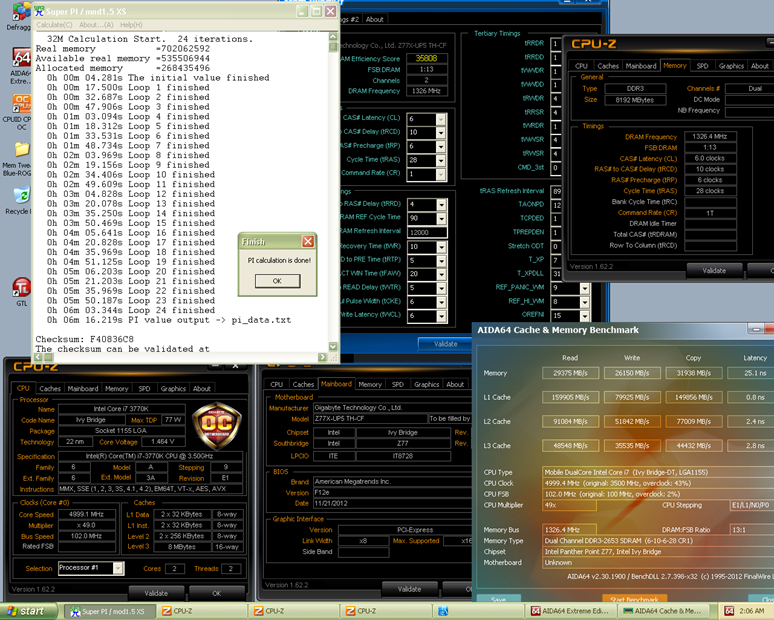