Socket AM3+ hits the mainstream with 25 AMD FX-ready boards

We just announcement over the weekend that new 3.1 revisions of our GA-M52LT-D3P, GA-M68MT-D3P and GA-M68MT-S2P motherboards now offer AMD AM3+ CPU support, meaning that there are now a whopping 25 GIGABYTE board options out there for our customers to choose from. 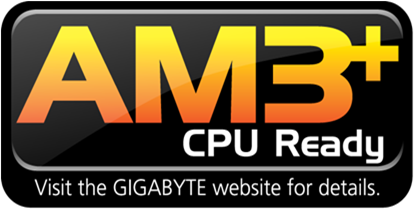 AMD’s Bulldozer CPUs are still a couple of months away, but that doesn’t mean that folks who are building a new AMD rig now should be denied the chance to upgrade to a high performance AMD FX CPU at some stage in the future. By integrating the AMD AM3+ Black Socket on all of these 25 models, DIY builders of any budget will sleep easy in their beds knowing that their PC is capable of upgrading to AMD’s new architecture at some point in the future.